KOMBAÏDJE Lydia – Gina: “I decided to show the girls that education is the right way.”

Gina is a 21-year-old girl born in Ndélé, Central African Republic. Her father is a qualified primary school teacher in Bossemptélé, where she and her family moved,
when Gina went to the primary school herself. She started to attend a public school there, but the quality of teaching was very poor. That is why her parents decided to change for local private school. She started the middle school (‘collège’ in the French educ. system) again in a public establishment because that was the only option in town, but in the beginning of the last year the school was closed because of the imminent danger which was coming with the civil war of 2013 and 2014. After Gina had lost the whole school year, her parents thought it would be better for her to start attending the private school in Bozoum, which they heard had a great level of education. It was the Lycée St. Augustin. Thus, at the age of 15, Gina moved to Bozoum where she was living in a residence hall with other students. There she also experienced the war, when the fighting in the city intensified in December 2013. Together with other students who didn’t get a chance to return home to safety, and with several thousand other people, they found shelter in a Catholic mission until the situation calmed down. So, the high school beginnings were not easy for Gina. But she caught up everything and finished the Lycée St. Augustin with 11, 58 out of 20 as the fifth best in the class and the first best of all the girls. 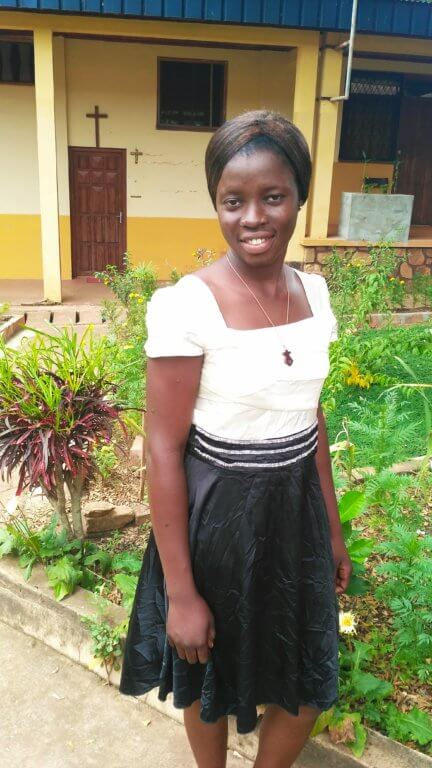 The life of families in the Central African Republic can never be described as simple. Gina’s mother takes care of the household and three other children, she also works in the field and sells the products she grows on the market. The fact that Gina’s father has a more stable job means that they could afford to spend more on school fees, but if Gina weren’t such a good student, she might never have graduated. Fortunately, she has earned a scholarship several times for her efforts at St. Augustin, which actually meant a forgiven tuition for the next school year.

Gina has always been good in mathematics, and that’s why she would like to study Accounting and Finance at the University of Bertoua, Cameroon. Gina’s motivation is her own family, and especially the situation in CAR, where the number of girls attending school is significantly lower than the number of boys: “When I see other girls here in CAR, how they quit in different school years, they stay at home and are unhappy, it makes me sad. I would really like to study, acquire knowledge and be such a good role model for my sisters and other girls. I would like to work in the public sector after my studies and do other activities as well. I will always help working on the field and then I can sell the products like my mom, but a stable job would give me many more options.” Since Gina was a diligent student and her motivation was to relieve the family financially by obtaining a scholarship for her results, she couldn’t earn extra money and save for a university. Now, unfortunately, her parents do not have the means to pay such an amount and give their daughter access to quality education. If we succeed to get Gina enough money, she will be the first girl from St. Augustin to go studying to Cameroon.

NAMKEAN-ZONAÏTA Lorson: “I don’t want to wait for the state to function.”

Lorson is 20 years old and he grew up in the town Carnot, in the south-east of the Central African Republic. He liked his birth-town very much. He appreciated the location of the town and the climate as well. However, the disadvantage was that there are only two high schools there, public ones. In the public schools in CAR, it is common to “buy” one’s studies, instead of passing the exams properly. The class size is usually too big, and the textbooks and teaching aids are lacking. The quality of teaching is corresponding and opportunities for personal development are limited. That is why Lorson’s parents decided in 2014 he should change school and start attending the Lycée St. Augustin in Bozoum. The quality of this high school is outstanding in CAR. Since the age of 15, Lorson was living in the residence hall and was constantly proving to be a very diligent student. He realizes though that as him and his siblings grow up, the expenses for their education and basic needs grow with them. Both his parents are working, his father is a teacher at the theological institute in Carnot and his mother works as an auxiliary nurse in dispensary. Even so, it is difficult for the family to afford a quality education for their children. The fact that Lorson was rewarded scholarship for his effort often helped a lot. Lorson finished high school with a grade of 13,46 which was the best result in class and thus he would really deserve a grant for next year. 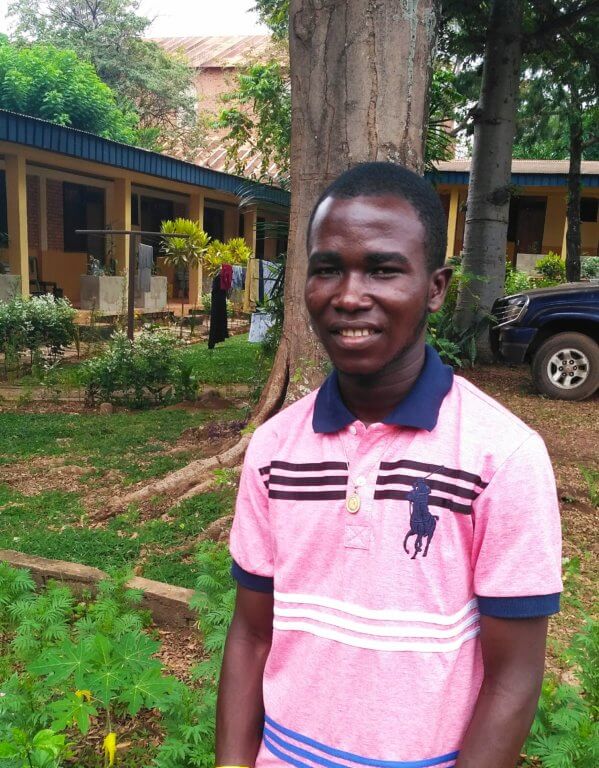 Lorson is very ambitious and has a plan for the future. He would like to focus on the development of agriculture and breeding in CAR as he believes that the path towards a stable development of the country leads through these areas: “I would like to be beneficial in my own country, which has had several military-political crises that have paralyzed our economy. CAR lacks qualified and well-educated people. I could help my country get out of the current situation, although I cannot save everything myself, we need to think about what we can do for the state, not what the state will do for us. I would like to be independent, not to wait for the state to start working.”

The study field that Lorson chose is Accounting and Finance at the University of Bertoua, Cameroon, because it would help him understand the business-financial context and investments, which is important so he can later realize his potential in the nationwide agriculture, as he desires: “My dream is to become a successful farmer. My friends and others think that agriculture is only for the old generation, that it is no longer important, but I decided to show them that agriculture is the cornerstone of our country’s progress and development.”

We are collecting funds until the October, 23 for the scholarships of both students for the school year 2019/2020. The cost per student is 1500 euros. Will we succeed in reaching this amount? You can make a donation via this website.